THE INTERPRETATION PROFESSION: FOUR THINGS YOU DON’T KNOW ABOUT 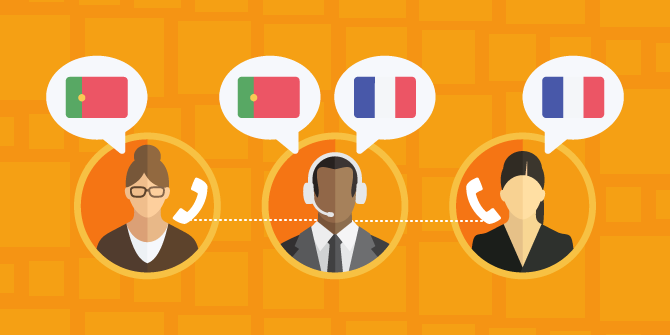 The world is becoming flattered, the distance about language and culture is being removed. One of the factors contributing to that connection is the development and the diversity of the Interpretation Field. Let’s discover the most 4 interesting things about this profession with Thai Translation.

Different situations call for your interpreters to have a diverse range of skills.

Simultaneous Interpreting
It occurs at the time of speaking and usually performed by a team of two interpreters. For this kind of interpretation, any more than a few seconds lag would disrupt the entire event. For real-time transfer, 30 minutes is considered the absolute maximum time any individual can sustain this feat.

Consecutive Interpreting
With consecutive interpreting, the speaker has to leave gaps at the end of a sentence or a conceptual break in their content. In these breaks, the interpreter renders what has just been said into the target language. Events that use this kind of interpreting can take up to twice as long.

Chuchotage
This word came from the French verb “Chuchoter” which means “to whisper”. The interpreter sits next to the client and performs simultaneous interpretation in hushed tones. It’s best suited for shorter meetings in a narrow circle of people.

2. The interpreter is a true artist

Interpreters are hired for events where there are live audiences. A part of the performance comes with striking the balance between preservation of tone and transposition of cultural differences. The interpreters have to be attuned to all of the clues that make up a linguistic message – including the slightest hints from body language. One of the more important skills this high-stress job requires is the ability to clamber out of a hole. In some awkward situations such as forgetting a pivotal sentence or being confronted with an unfamiliar word then the interpreter’s improvisation skills can save their day.

3. The Interpreter job is safe

Nowadays, many people are learning English, Spain or Chinese…but it can’t notice the decline of the language service industry because the revenue of this industry is growing every year. Therefore, the interpreters can still maintain their job.

In the era of technology like today, big business like Google or Microsoft can fully create support tools such as translation machine, translation software…However, there is no such automatic machine can help us to translate a long speech at the conference or difficult content and even to help it make sense.

4. An interpreter (is probably) not a translator

Interpreters and translators have different qualifications as well as descriptions. The translator often works alone, at home, with a dictionary while the interpreter gains experience from meeting people face toface. Not only the skills involved but also the kinds of people attracted to each profession are different.