The Love Story in the Movie Gone With the Wind 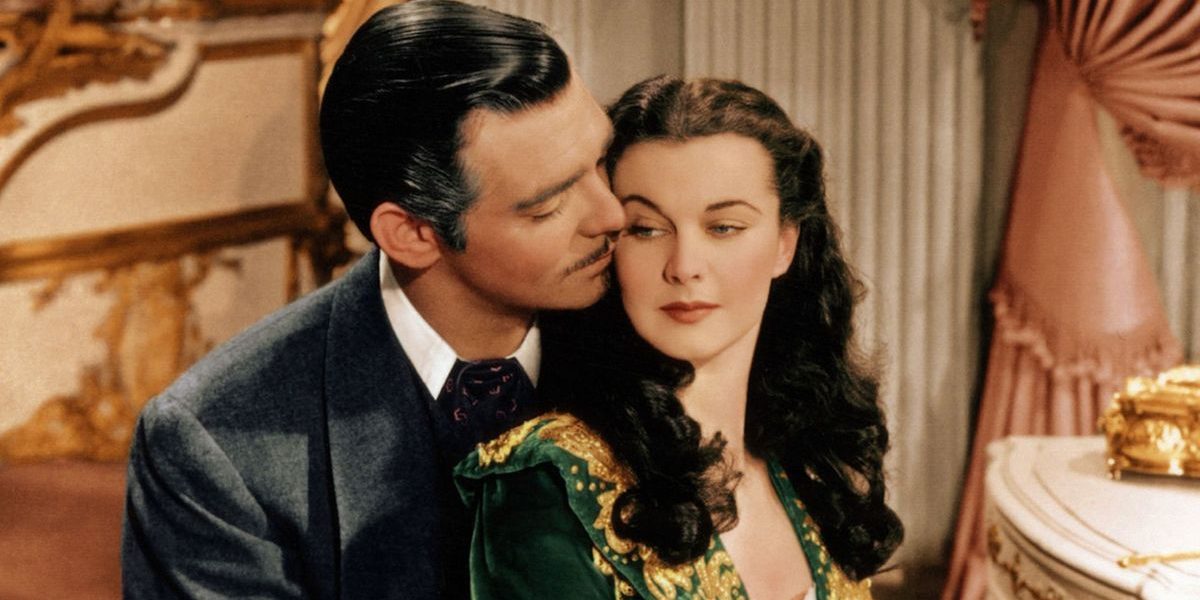 History of the literary witness so many beautiful love story depicted in the classic novel. however, the relationship between Scarlett O’Hara and Rhett Butler in the eternal art of Gone with the Wind is like no other. they are not heroes heroic and virtuous woman. their first meeting did not originate, romance or harmonious sound, the first conversation they did not even close to being intimate or romantic. however, the strong chemistry between two unique, charismatic character is completely undeniable.

Scarlett met her last husband in an extremely awkward situation. She was in a state of feeling terrible after Ashley, the man she always dreamed of, refused his proposal and love go ahead to marry another girl. regard to a charming girl from like Scarlett, pray love was demeaning, let alone denied. And when she thinks she does not be more embarrassed, Rhett appeared out of nowhere and poked with his sarcasms normal. Due to sudden and furious, Scarlett can not afford to turn on the charm of its strategy again. So first impressions Rhett was her first on the barest, his truest self. saw Scarlett Rhett Brown, his wild personality, and Rhett did not hesitate to go tit-for-tat. could What an interesting conversation story of two big egos? They respond to each other with no intention of taking a step back:

Scarlett : You – Sir no gentleman.

This is one of the common talk of them when Scarlett was offended by the provocation of Rhett, hardly because she needs to be seen as a “woman”, but mostly because this is For the first time, she met her true competitor. Indeed, as the story goes, Rhett seemed to win all their conflicts, as he was wiser, world wiser, and most importantly, he knows even more Scarlett Scarlett knew myself. He was aware of his shortcomings, but still developed a strong affection for her in a way that seems , can only Rhett Butler:

Rhett : Do not think I said that against you. Women never held any charm for me.

Obviously, Rhett had a taste really, really weird. Yet, personality and their behavior, their choices may not seem so strange after all. Contrary to Ashley, Rhett had shared so many bad traits with Scarlett. A person is a woman who marries men for money and revenge, the other was a man who took advantage of the war to improve asset her. Both physical and heartless indifference. said Rhett clearly Scarlett before leaving for war:

Rhett : I love you. because we are the same – Both of us are selfish and wise – but may find things in the eyes as we call them by their right name.

That is why Rhett was very attracted to such a woman, and is also why Scarlett thought she hated him so much – Rhett looked like looking into a clear version of himself, and she’s not quite ready to accept it yet. ‘re not enough to know, that man can appreciate his horrible characteristics and find beauty where she is needed, as well as the she loves. human Rhett That can only see his strong-willed, independent and characterized according to the woman resourceful rogue, charismatic, and she appeared to be superficial. It is Rhett the could kiss her the way she wants to be kissed, love her the way she wants to be loved, to provide its everything she wanted to own her and understand how she did not. they are born for each other and there were times that they can actually end up being happy together, if they appreciate them enough. Though the story ended with a sad ending for the couple, it was made clear through all the fighting and anger, peace and war, tears and holes, still a passionate, smoldering, pain of love that has kept them too long until it pulled long.

Overall, the author Margaret Mitchell did a great job painting a picture of the strange but interesting couple, but also a perfect combination. love story between a man who is a “black sheep “an aristocratic family and Southern belle inappropriate persisted through generations and stand tall beside dozens of issues hero heroine.
5/5 - (1 vote)
Category: NewsBy adminOctober 4, 2018Leave a comment